Class of 2K12 Guest Blogger Eve Marie Mont, author of A Breath Of Eyre -- And a GIVEAWAY!

Today, I have the pleasure of introducing my first guest blogger, Eve Marie Mont, author of A Breath of Eyre, coming March 27, 2012 from Kensington Books (9780758269485), for ages 13 and up.  I had the pleasure of meeting Eve at the bookstore back in January (for K.M. Walton's book launch party!).

I've also just finished reading this lovely and romantic story.  Here's a synopsis from the publisher:

Emma Townsend has always believed in stories—the ones she reads voraciously, and the ones she creates. Perhaps it’s because she feels like an outsider at her exclusive prep school, or because her stepmother doesn’t come close to filling the void left by her mother’s death. And her only romantic prospect—apart from a crush on her English teacher—is Gray Newman, a long-time friend who just adds to Emma’s confusion. But escape soon arrives in an old leather-bound copy of Jane Eyre…

Reading of Jane’s isolation sparks a deep sense of kinship. Then fate takes things a leap further when a lightning storm catapults Emma right into Jane’s body and her nineteenth-century world. As governess at Thornfield, Emma has a sense of belonging she’s never known—and an attraction to the brooding Mr. Rochester. Now, moving between her two realities and uncovering secrets in both, Emma must decide whether her destiny lies in the pages of Jane’s story, or in the unwritten chapters of her own…

Why I liked it:  It tingles with romance, intrigue, and humor, as well as some serious issues (death of a parent, standing up for what's right).  Emma is a fully-developed character, with flaws and insecurities.  I love time travel, and this book has a clever twist on time travel: instead of merely going back into the past, Emma actually enters the world of a book and becomes the character.  How cool is that? 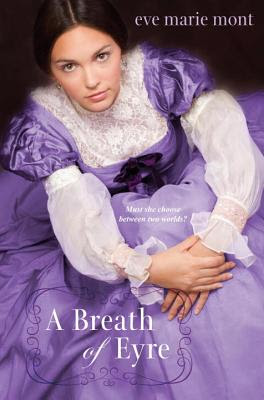 I was delighted that Eve agreed to write a guest post for my blog. She talks about her favorite book from childhood, which is also one of mine!  Take it away, Eve.

“The Whole World is a Garden;” or Why I Love The Secret Garden


The first time I experienced the magic that is The Secret Garden, I was sitting on the floor of my second grade classroom waiting for my favorite part of the week when our teacher, Mrs. Folk, would read books aloud to us. Mrs. Folk was a comforting presence with a short pouf of graying hair and eyeglasses that made her look like an owl. She sang and played piano and did all the voices in the books we read. I can’t imagine a person better suited to teaching kids whose brains were thirsting for good reading material to spark their imaginations.

When Mrs. Folk began to read the first chapter of The Secret Garden telling us about an unpleasant little girl named Mary whose parents had been killed in a cholera epidemic, my first reaction was one of shock and surprise. Of all of the books I’d read up until that point in my life, none had ever killed off the parents in the first chapter! What kind of book was this anyway?

But the story quickly transitioned into Mary’s journey from India to England to live with her Uncle, Archibald Craven, whose very name conjured up images of a sinister, hunchbacked ghoul. Mary’s ride across the moors in the slanting rain is a brilliant feat of descriptive writing that stuck with me over the years, making me reflect on how terrifying it would have been to have gotten plucked up from everything I knew and transplanted into a completely foreign place. 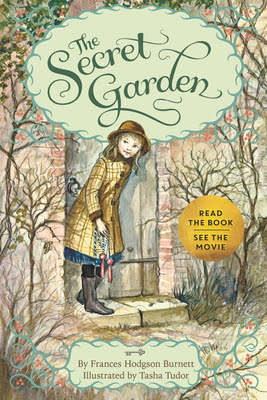 But the most wonderful part of the story begins after Mary arrives at Misselthwaite Manor. Because it is here in this new land that a spoiled, unlikeable brat is transformed into a strong, compassionate girl by the beauty of the people and the landscape around her. I have always been a huge fan of using setting as character, and everything about Misselthwaite—from the cavernous mansion which traps the damaged uncle and the surly Colin, to the wutherin’ moors which sound like the sea, to, of course, the overgrown garden which comes back to life—are all so rich in atmosphere and magic that you can’t help but be transformed right along with Mary. The characters are equally charming. Dickon, with his simple Yorkshire philosophy and love of nature, is the perfect foil for Mary. And even sweet Martha and kind-hearted Ben Weatherstaff are fully rounded characters whom I wanted to know personally.

But the most impressive aspect of the book for me is the character development of Mary as she grows stronger physically and mentally. No longer passive and sniveling, Mary learns to tend the garden and nurture animals, and in doing so, learns to tend to people and nurture friendships as well. Thus, Mary becomes the agent not only for her own growth but also for Colin’s, setting the stage for one of the most touching redemption scenes in literature. Some might say the ending is a bit mawkish, a little too neatly resolved, but remember, this is the same children’s story that began with the parents dying!

I adore everything about this book, particularly its positive messages about love and nature, independence and friendship. Sitting there on that classroom carpet thirty years ago, I realized maybe for the first time in my life the power of beautiful language to stir the mind and of sensitive storytelling to open the heart. There is no lovelier sentiment than Mary’s at the end of the novel: “The secret garden is always open now. Open, and awake, and alive. If you look the right way, you can see that the whole world is a garden.”

Thanks for the guest post, Eve!  I re-read The Secret Garden every few years because I love it so much!

And now I have a giveaway to announce!  I was lucky enough to score one ARC of A Breath of Eyre, and I'm giving it away to one lucky winner.

To enter, all you have to do is be a follower and leave a comment on this post.  This giveaway will end at 11:59 pm EDT on  Wednesday, March 28, 2012.  You must be at least 13 years old to enter.  International entries welcome.  Good luck!