JOSEPHINE AGAINST THE SEA by Shakirah Bourne (a member of #the21ders!) for #IMWAYR 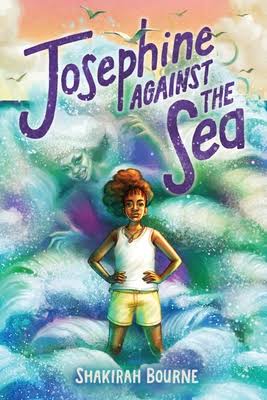 A lively, funny, and delightful read, compelling from the first page to the last. The voice is so fantastic and believable you'll feel you're listening to ten-year-old Josephine talk to you about her widowed Daddy (the fisherman), and the new woman he's brought home. Josephine doesn't trust Mariss at all and suspects she's not even human! Especially when Josephine sees the jeweled comb Daddy found in his fishing net. Daddy suddenly has better luck fishing, and money starts pouring in to pay all the bills. Then Mariss moves in with them, and the framed portrait of Josephine's dead mama disappears from the dresser...
Chock-full of the kinds of details that make a book authentic and bring the Barbados setting to life.  Bursting with the flavor of modern life in Barbados: cricket matches (Josephine longs to play on the school team, if she can convince the coach to let a girl on), spicy food, and reggae music. But there are also wishes on silk cotton trees, and ancient tales of powerful spirits.
A kind librarian lends Josephine her only copy of The Treasure Chest of African and Caribbean Folkore. There Josephine finds the perfect description of Mariss: a Mami Wata, or Sea Mumma, a creature from the sea who insinuates themselves into someone's life and takes over, bringing riches, but also bringing destruction. Josephine realizes she must do something to stop Mariss and save her Daddy.

The writing is brilliant. You won't be able to stop turning the pages. Thank you to the author and the publisher for an ARC of this gem of a book.


Find out more about Shakirah Bourne on her website.

Happy Spring! It's Monday! What Are You Reading?

I think this is the most beautiful thing I've ever seen!

These are all the covers from #the21ders MG spring debuts, put together by one of our own, the talented Sam Subity!  I've read quite a few of these already, and highly recommend them all.

Here's a complete list of the books and their authors (I've included a link in the title to each publisher's website, a link in the author's name to their website, and then their Twitter handle): 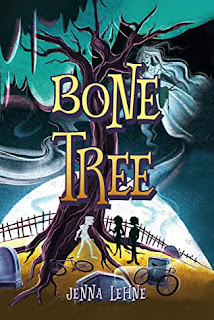 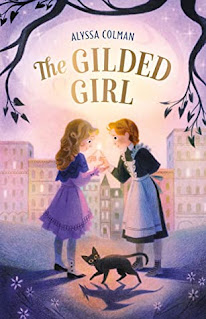 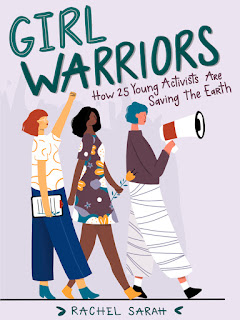 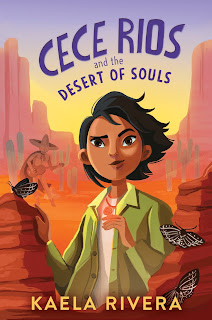 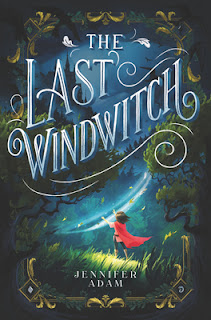 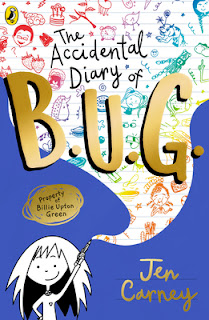 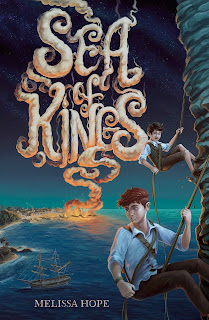 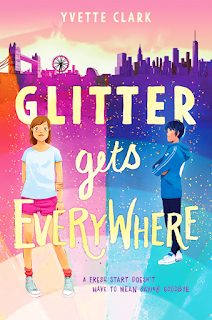 May 4, 2021: GLITTER GETS EVERYWHERE by Yvette Clark   Twitter: @yvettewrites 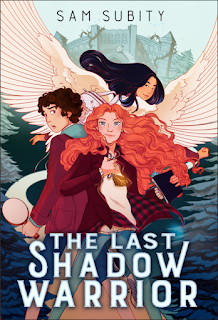 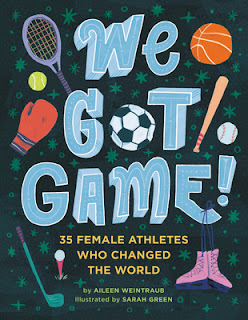 May 4, 2021: WE GOT GAME:35 FEMALE ATHLETES WHO CHANGED THE WORLD by Aileen Weintraub   Twitter: @AileenWeintraub 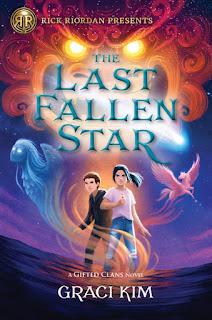 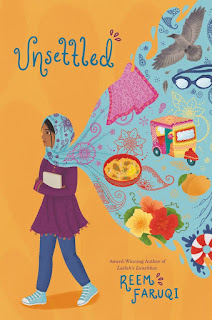 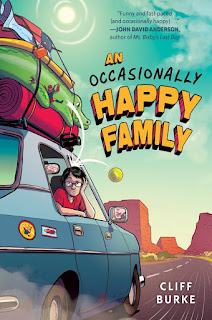 May 18, 2021: AN OCCASIONALLY HAPPY FAMILY by Cliff Burke   Instagram: @cliffburkeauthor 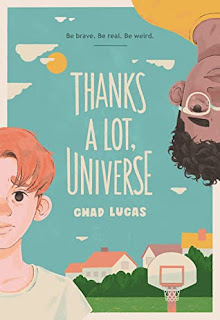 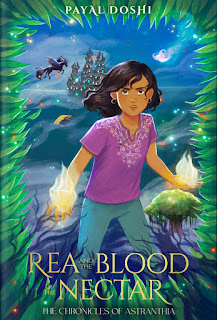 June 1, 2021: REA AND THE BLOOD OF THE NECTAR by Payal Doshi  Twitter: @payaldwrites 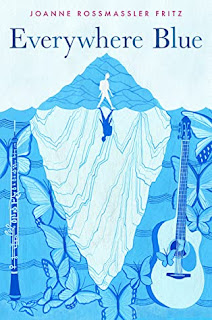 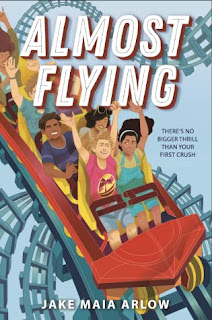 Please look for our books on Goodreads and in bookstores everywhere, or request them at your local library. We will love you forever!

TROUBLE WITH A TINY t by Merriam Sarcia Saunders (one of #the21ders!) for #IMWAYR (It's Monday! What Are You Reading?) 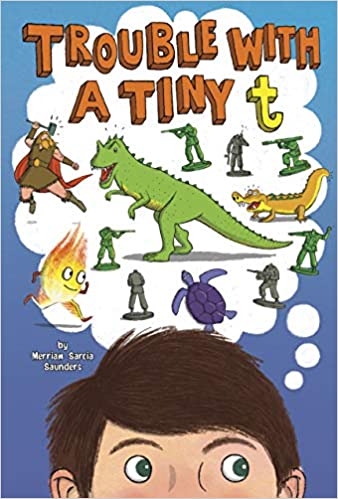 Westin Hopper can't sit still. His ADHD brain constantly gets him in trouble. He's always thinking about something else instead of paying attention in school and at home. As if that's not enough, his parents are divorced and argue a lot, he's constantly bullied at school, and his best friend, Josh, no longer wants to be around him.

Drawing is the only thing West cares about.

West finds a magic pouch that belonged to his missing uncle, and discovers it can bring his thoughts to life. His toy T-Rex comes to life and it's tiny at first, but then it starts growing. West also brings to life a squad of headless Army men, and then a Thor, who marshalls the Army men to keep the T-Rex at bay.

If it wasn't for his new friend Lenora, West wouldn't be able to handle it all. Lenora helps West realize that his drawing talent may be the answer to dealing with the mess he's created. And West helps Lenora deal with her feelings about her mother.

How West and Lenora help each other through this bizarre situation makes for a great read. This is fast-paced and fun, with plenty of humor and warmth and honesty about neurodiverse kids and bullying. West is such a likable character, I was totally invested in his conflict. In fact, I was so involved, I actually had trouble putting this down to make dinner yesterday!

Merriam is a specialist in learning and behavioral disorders. Here's her professional website.

Merriam is one of #the21ders!

HOPE SPRINGS by Jaime Berry for #IMWAYR (It's Monday! What Are You Reading?) 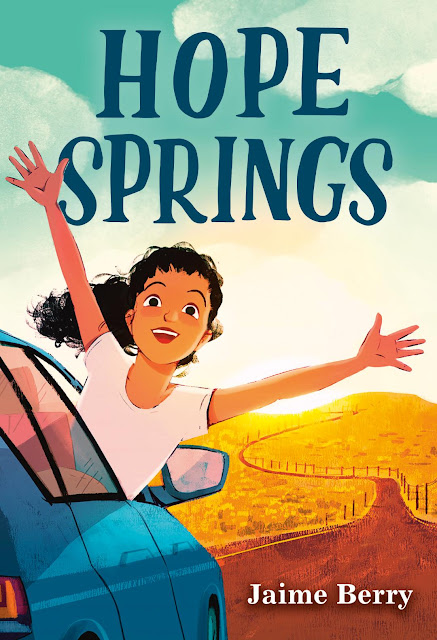 Hope Springs by Jaime Berry (August 2021, Little Brown Books for Young Readers, for ages 8 to 12)
Eleven-year-old Jubilee Johnson is used to moving all the time. Her mother is a country singer who's always on tour, so Jubilee lives with her grandmother. Nan tends to drop everything and move whenever the slightest thing bothers her.
But Jubilee's heart's desire is to settle in one place for longer than a few months, a place where she could have friends and join activities, a place to call home. So Jubilee plans the next move, convincing Nan they should try Hope Springs, Texas, the hometown of Jubilee's TV crafting hero, Arletta Paisley.  Once they arrive, Jubilee makes a few friends right away, and even finds a part-time job at the Fabric Barn. But her new friends aren't happy with Arletta Paisley, who is bringing a SmartMart superstore to Hope Springs. They think it'll put all the small businesses out of business. Will Jubilee find a way to save the town and convince Nan to stay?
What a delightful read! Jubilee is a wonderful, extremely likable character, whose first person narration draws you in immediately. Then the colorful writing (Nan's almost-swears are priceless!), lively dialogue, and timely issues cast a spell over you. You won't be able to stop reading!
Bonus: The included craft "recipes"elevate the book to another level. From Caring Critter Cards to Lemon-Scented Jelly Jar Room Deodorizer to Healthy Dog Treats, and more, the crafts are clever and fun. Makes this book a wonderful interactive read.
Kids will love this!
Jaime Berry's website
Buy HOPE SPRINGS from Bookshop
Jaime is one of #the21ders!
#IMWAYR is a weekly blog hop hosted by Kellee at Unleashing Readers and Jen at Teach Mentor Texts. Visit their blogs to see all the participants. You can also follow the hashtag on Twitter!
Posted by Joanne R. Fritz at 7:30 AM 14 comments: