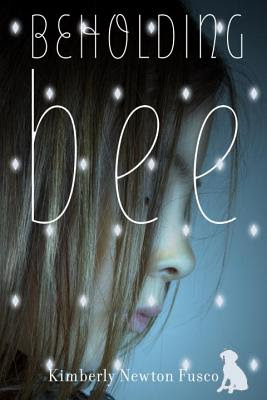 "Only great ideas come when you are running. It is the way of things."


Bee, the narrator of Beholding Bee by Kimberly Newton Fusco

What do you think, reader? Do your best ideas come to you when you're running (or swimming, walking, or biking)?

I have a winner to announce!

According to random.org the winner of the hardcover copy of Loki's Wolves is:

Congratulations and expect an email from me!

MMGM Loki's Wolves -- and a Giveaway!

I've been wanting to read this book ever since I first heard about it in Publishers Weekly. Melissa Marr and Kelley Armstrong, two popular YA novelists, have collaborated on their first MG series, The Blackwell Pages. I finally bought a copy of the first book and yes, I will be giving it away. Details at the end of the post. 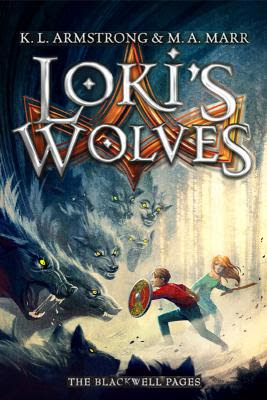 Synopsis (from Indiebound):  "The runes have spoken. We have our champion...Matthew Thorsen."

While Matt knew he was a modern-day descendent of Thor, he's always lived a normal kid's life. In fact, most people in the small town of Blackwell, South Dakota, are direct descendants of either Thor or Loki, including Matt's classmates Fen and Laurie Brekke. No big deal.

But now Ragnarok is coming, and it's up to the champions to fight in the place of the long-dead gods. Matt, Laurie, and Fen's lives will never be the same as they race to put together an unstoppable team, find Thor's hammer and shield, and prevent the end of the world.

Why I liked it: It's a fast-paced, thrilling adventure for kids and young teens. The authors waste no time in sending Matt, Fen, and Laurie on a dangerous journey to find the other descendants. There are trolls, giant wolves, and police officers trying to stop them. In addition, the authors do an excellent job of filling us in on Norse mythology without hitting us over the head with it. Boys and girls will enjoy this, since Laurie certainly holds her own against the guys. Give this to fans of The Lightning Thief.

Now for the giveaway! I will be giving away one hardcover of Loki's Wolves to one lucky follower of this blog. International entries welcome. You MUST be a follower and you MUST leave a comment on this post. I'll give you an extra entry if you mention on Twitter (I'm @JoanneRFritz) and another entry if you mention on your own blog. Please let me know in the comments. This giveaway ends at 10 pm EDT on Saturday Sept 21, 2013 and the winner will be announced on Sunday Sept 22.
Posted by Joanne R. Fritz at 7:30 AM 23 comments: 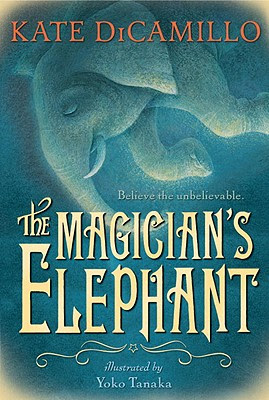 "How will the world change if we do not question it?"


-- Leo Matienne in The Magician's Elephant by Kate DiCamillo