Hey, I'm back!  I've actually been lurking around the blogosphere for a week already but wasn't organized enough for a blog post.

Nor have I read anything new in middle grade (I read some adult books while on vacation), so this post will be a bit different.  It may, in fact, seem strangely like a travelogue of our road trip to Maine, New Brunswick, and Prince Edward Island.  But I promise you, there WILL be multiple mentions of classic children's books throughout, as well as photos, AND a CONTEST!

First, one can't go to Prince Edward Island without seeing and hearing all about Anne of Green Gables.

This is the actual house that inspired Lucy Maud Montgomery.  It's a freaking National Historic Site, for heaven's sake!


Apparently some elderly cousins lived in it and she often visited them.  The house where she lived with her grandparents was about a 15 minute walk away through the Haunted Woods (yes, it's called that, and there's a well-marked trail).  Nothing is left of  the house but the foundation, unfortunately.  They still charge you about $3 to go see it! 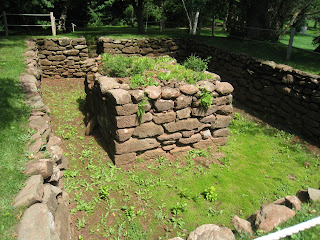 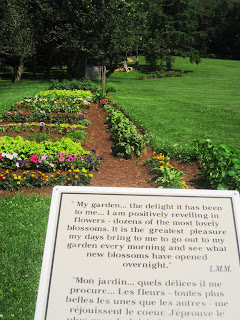 And this beautiful wheat field: 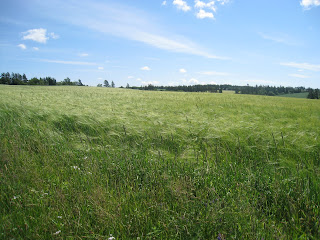 But back to Green Gables.  This, well, this is Anne's room. 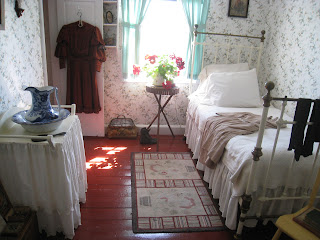 I know, I know, she's a FICTIONAL CHARACTER.  Tell that to the busloads of tourists who come to this site from all over the world to take pictures of this very room.  "Anne's room," they say, with awe and reverence in their voices.  And I have to admit, it felt very real to me too!  Has any fictional girl been more loved?


The husband put up with going to Green Gables Historic Site, so I treated him to a shore dinner (mussels are the other thing Prince Edward Island is famous for.  Oh, and they grow potatoes all over the island!), 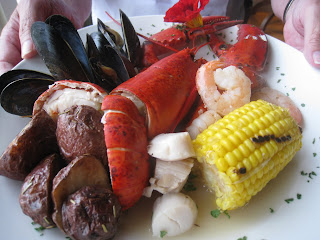 And the next day we drove to the beach.  There was nobody there!  Honest.  (This may have had something to do with the temperature being 64 degrees Fahrenheit!)

Although one woman came along later, saw me taking pictures of this beautiful lighthouse, and asked where we were from.  When we said, "Pennsylvania," she asked, "Where's Pennsylvania?"  It was most humbling.  I realized I probably am not familiar with every Canadian province.

From Prince Edward Island, we returned to New Brunswick (only way to get back home if you're driving).  The most famous tourist attraction in St. John, New Brunswick is the Reversing Rapids. 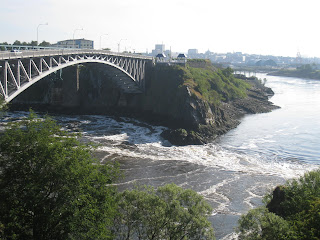 It's quite impressive, mainly because it's so loud.  The mighty St. John River meets the even more powerful Bay of Fundy right here at this spot, and when the tides change, the rapids actually reverse direction.  It's pretty wild.


And the only book for sale in the tiny gift shop nearby was:

Which my husband remembers as his favorite book!  (I told you there'd be children's books everywhere!)

In Maine, we went to the Penobscot Marine Museum, where we discovered this interesting boat: 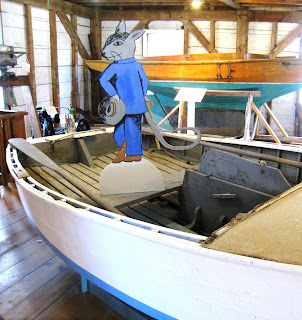 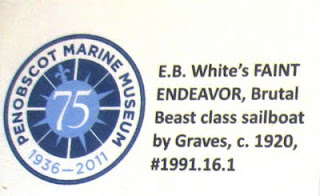 I had known that E.B. White (author of Charlotte's Web, Stuart Little and Trumpet of the Swan) spent his summers in Maine, but it was still a delight to see his actual sailboat.  And a nice reminder, once again, that children's books are everywhere!


Finally, we drove to Boston to visit our older son, who recently moved there (one of the things that kept me busy in July!).  He took us to the Public Garden where, again, one can't help but be reminded of a couple of famous children's books.


Both Make Way for Ducklings

and The Trumpet of the Swan

take place, at least partially, in the Boston Public Garden.  That was my first visit there, and it was lovely.  I know, I'm a total nerd, basing my vacation around children's books.  Hey, we visited wineries too!


Okay, you've been patient long enough.  I promised you a CONTEST!  Since this was a road trip, I'm offering a prize to whoever guesses how many miles we drove, round trip, from southeastern Pennsylvania to Prince Edward Island and back.  And keep in mind, all you smarty pants rushing off to Google map it, that we took numerous side trips throughout.  So, closest guess wins. You don't even have to be a follower for this one, just include your guess in the comments.


What do you win?  Your choice of any of the above-mentioned books in paperback (well, okay, Scuffy's a Golden Book, which isn't exactly paperback).  And if you already own Make Way for Ducklings, Trumpet of the Swan, Anne of Green Gables, Stuart Little, Charlotte's Web, AND Scuffy the Tugboat, I have a lovely hardcover copy of The Emerald Atlas by John Stephens that could be yours!

This contest is open internationally and closes at 11:59 pm on Thursday August 18, so you don't have much time!  Winner will be announced on Friday.  Or possibly Saturday.  UPDATE: Extending the deadline to Saturday August 20 at 11:59 pm.  So you still have time to enter!

If you're looking for Marvelous Middle Grade reviews, I'll be back next week with a real one, I promise!  In the meantime, please visit these wonderful people: