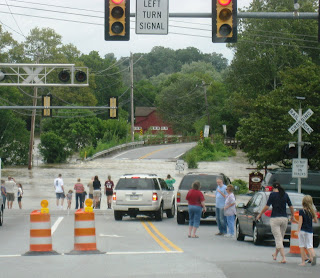 We made it through.  Our house didn't take on too much water (we're on a hill), but there was unprecedented flooding on nearby roads and we did lose power for three and a half days.  After surviving without electricity, reading by booklight or flashlight, eating take-out food, going without hot showers (ick!) and being cut off from the internet, I realized one thing.

It could have been worse.

For instance, thousands in Vermont are still without power, still battling floods.  And many bridges in that state have been swept away.  So Pennsylvania got off easy.

After Irene stormed through my area, uprooted trees and downed wires were a common sight. 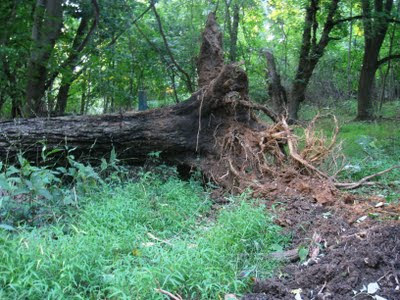 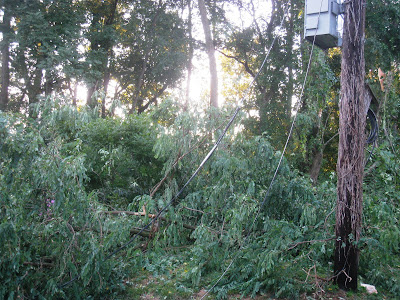 Along with a very swollen and muddy Brandywine Creek.  My son took the following photos: 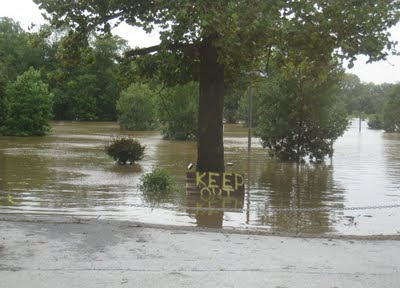 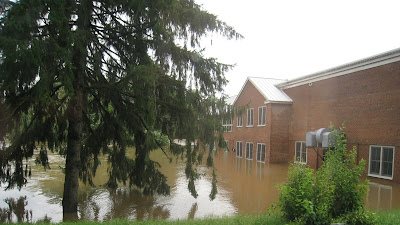 But we didn't lose the bridge! 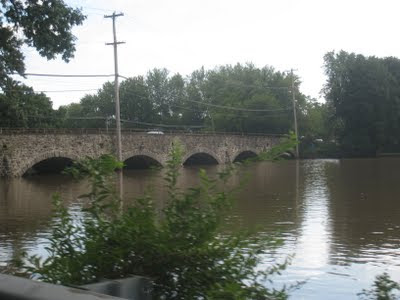 After two days, we'd had enough, and fled to a relative's house for hot showers and recharging of phones.  When we got back today, the worst part, for me, was cleaning out my fridge and freezer and throwing away all that spoiled food. The bags of ice we'd added didn't help. Everything had to go.

It reminded me that sometimes in writing you need to toss it all out and start fresh.  Not just kill your darlings, but deep six the whole chapter -- or the whole manuscript!  I've been stalled for months now on a young adult novel which is going nowhere. I can't quite bring myself to actually delete it from Word, so I'm saving it for now, but it's definitely going into the deep freeze while I start something new.

Have you ever thrown out a work in progress?  Did you rewrite it from scratch or start something new?  And if you were affected by Hurricane Irene, how are you now?

Email ThisBlogThis!Share to TwitterShare to FacebookShare to Pinterest
Labels: Hurricane Irene, on writing