Okay, so I just realized I've posted middle grade reviews four weeks in a row, without any YA book reviews in between.

I've been busy writing and of course editing, but I'm always reading too.  So it's time to play catch-up and tell you about some great YA novels. 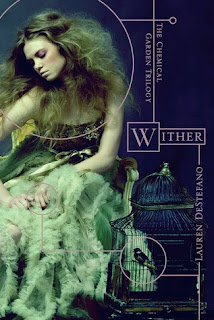 I worried that this would be too depressing.  I needn't have worried so much.  Sure, it's an intense subject -- in a bleak and dangerous future, 16-year-old Rhine is kidnapped and sold into a polygamous marriage with a wealthy young man in Florida -- but I found myself so caught up in Rhine's voice and the smooth present-tense narration, that I was hooked before I realized it.  The mood is relentless. And I admire Lauren Destefano's world-building.  Her hand never falters.

If you can accept the premise that a virus is killing off all the girls at age 20 and the boys at age 25, then you'll have no problem with the rest of this dark and sensuous story.  Rhine is a bird in a golden cage, given fabulous clothes, delicious food, and beautiful gardens to wander in.  And Linden, her husband, never forces himself on her.  But she's still a prisoner. She finds a friend in Gabriel, one of the servants.  She grows to love her sister-wives.  But she still misses her twin brother back in New York. And like Dorothy in Oz, all she wants to do is go home.

Admit it, you know you want to read this one. 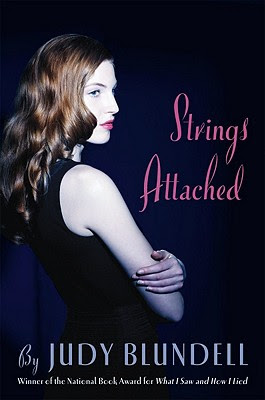 Stunning historical fiction set in 1950.  Kit Corrigan is a triplet. As children, The Corrigan Three were exploited by their widowed father for diaper and baby formula money. When they grew up, Jamie and Muddie tired of singing and dancing in local ads, but Kit was hooked.

As the story opens, she leaves her siblings, her father, and her soldier boyfriend, Billy (who's about to go to Korea) in Rhode Island and heads to New York City to make it big in show business.  She's 17. She manages to find a job as a chorus girl.  But she can't afford an apartment.  That's when Nate Benedict, Billy's father, offers her one for free.  Are there strings attached?  Everyone else thinks so.  But Kit is innocent.  Even a little naive.

Then there's a murder at the nightclub, a mob-murder that Nate Benedict may be connected to.  And suddenly Kit is in over her head. 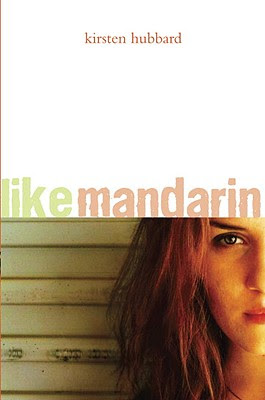 Would you be truly happy if you were someone else?  Or somewhere else?

Everyone in Grace Carpenter's small-town high school wants to be like Mandarin Ramey.  She's beautiful.  And she's a free spirit who does exactly what she wants.  The rumor is that she sleeps around with older men.  Everyone is in awe of her.

A smart, unpopular girl like Grace could never be friends with Mandarin.  Or could she?  When a teacher assigns Grace to help Mandarin figure out her senior service project, Grace discovers a Mandarin that none of the other kids see.  Mandarin loves beauty and nature, and dreams of getting out of their tiny Wyoming town and being famous.  An unlikely friendship blossoms and the two girls  make a pact to run away.  But Grace worries that Mandarin isn't telling her the truth.

A searingly honest look at high school friendships and betrayal and learning to like yourself before you can like anyone else.  Exquisite detail makes you feel you're right there in Wyoming, with the wildwinds and the dust.  Serious in tone, with occasional flashes of humor, this is definitely worth reading.

What YA books are you looking forward to reading this spring?  Which ones have you read recently that you absolutely love?
Posted by Joanne R. Fritz at 10:18 PM