Marvelous Middle Grade Monday was started by the inimitable Shannon Whitney Messenger, who, um, isn't posting her own MMGM today, but even without our fearless leader, those of us in the trenches, uh, have got it covered! Check out Shannon O'Donnell's post about The Edge Chronicles.  UPDATE: Brooke Favero talks about one my favorite Newbery honor books.  Myrna Foster discusses The Strange Case of Origami Yoda.  Ben Langhinrichs showcases Swallows and Amazons.

And here's my offering:


Okay, I admit it. I'm a cover snob.  Never in a million years would I have picked up this book with this cover. 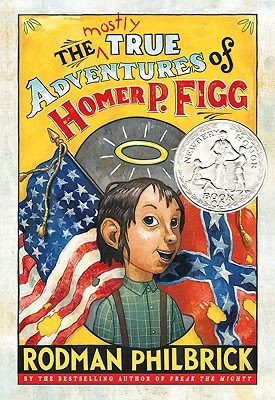 But when the paperback came out, ah, now there's a book I can reach for.  Are you listening, publishers? 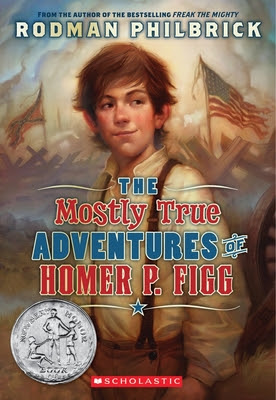 And now that I've read it and realized how entertaining it is, I'll tell everyone I know.  Homer's older brother is tricked into joining the Union Army during the Civil War. Since his brother is the only family he has left, young Homer decides to find him and rescue him.  Along the way, Homer is robbed by a confidence man, becomes the Amazing Pig Boy in a traveling medicine show, escapes in a hot air balloon, and finds himself in the middle of the Battle of Gettysburg.  It's a tour de force of middle grade literature, and it's hilarious and heartbreaking.

Don't judge a book by its cover.  No matter how silly the cover is.  Just read it.  You'll have a grand time.