Auracle by Gina Rosati, coming August 7, 2012 from Roaring Brook Press/Macmillan, for ages 12 and up 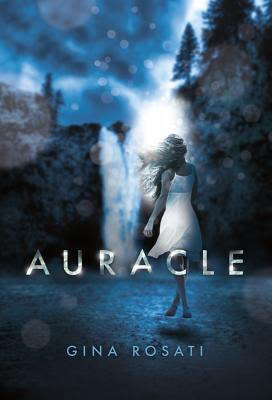 Trapped outside her body, Anna sees and hears but cannot touch the one she longs to hold. Anna has a secret: she can astrally project out of her body. But when there's an accident and her classmate Taylor gets into Anna's body, what was an exhilarating gift threatens to become a terrifying reality. Anna and her best friend Rei form a plan to set things right, but they don't anticipate the feelings that are beginning to grow between them. Auracle by Gina Rosati is an exciting, sensual novel that explores the relationship between body and soul and the power of a single touch. 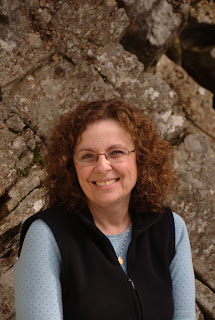 Meet Gina Rosati! As soon as she could ride a bicycle, she’d visit her local public library and check out as many books as she could fit in her bike basket. When she was 15, Gina got her first ‘real’ job in the Newton Free Library shelving books.  Leaving the library for a job as a supermarket cashier was a huge mistake … not only did she have the misfortune to be working the night three guys showed up with panty hose masks and sawed-off shotguns to rob the store, but Gina became trapped in the food industry. After many years of scooping ice cream, decorating cakes and assorted secretarial drudgery which included fetching coffee for a boss who called her his “Tomato”, she finally escaped.  Now Gina happily writes and volunteers at her local middle school library in southern New Hampshire, where she lives with her husband and two teenagers. Auracle is her first novel.


Hi, Gina and welcome to My Brain on Books!  Thanks so much for taking the time to answer a few questions.


Did the idea for Auracle spring from your own childhood or from some other source? And did you start with a character or with an image or phrase or setting?  The idea of a novel using the concept of astral projection sprang from several dozen episodes of what I assume was sleep paralysis that I experienced from my late teens to my late twenties. If you’ve never experienced sleep paralysis yourself, it’s scary and bizarre and you can read more about it here. For the longest time, I was never sure exactly what was wrong with me, but I eventually read a book by psychic Sylvia Browne who described exactly what I was going through, right down to the deafening buzz I always heard. Her explanation was that I was having an out-of-body experience and waking up while my spirit was half in/half out of my body. I never say never, but since I was under a considerable amount of stress when it all began, I thought that might have something to do with it. The writer in me was intrigued by the idea of astral projection, though, and since I started writing Auracle, I’ve bought books about astral projection and tried, oh, how I’ve tried to get out of this body, but I can’t do it. Whether I ever did during those ten long years of bizarre dreams, I don’t know. I know people who say they’ve traveled astrally, and I do not doubt them, but I still think what I had was plain old sleep paralysis brought on stress. I started writing with only a “what if” … what if you could astrally project and witnessed a death? A murder? And what if you couldn’t get back into your body … yes, that would be a problem, wouldn’t it.

Do you outline before you write? I did not outline Auracle. I pantsed my way through the entire thing, and I ended up rewriting about 95% of it before it reached its final draft. In the future, I will outline, especially since I’ve read Story Engineering by Larry Brooks (Writers Digest Books, 2011). I’ve read dozens of excellent books about the art and craft of writing, and this one has been the biggest help to me. It breaks down what Larry Brooks calls the 6 Core Competencies of Successful Writing (concept, character, theme, story structure, scene execution, writing, voice) and explains them in plain English. It’s the best investment I’ve made to improve my writing.

Wow, that’s great advice, Gina!  So…Coffee, tea or hot chocolate when writing? Vanilla Diet Pepsi.  Ah. And where do you write? Briefly describe your writing space.  Since no one has eaten a meal in our dining room for over ten years, I claimed it as my office. My laptop sits on an oval table that’s a hand-me-down from my husband’s Auntie Ethel, and I share my ‘office’ with assorted clutter, my fairy collection and an Abercrombie bag I named Inspiration. 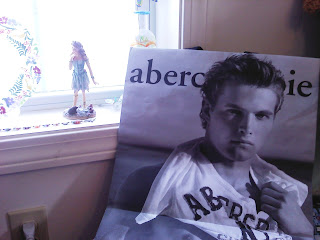 Nice! Tell us what darling you had to kill that you really wish you could have kept. My editor (Katherine Jacobs from Roaring Brook/Macmillan) didn’t force any changes on me. She had good reasons for the changes she suggested, and there were several instances where Kate made a suggestion, I explained why I felt we needed that particular character, scene or element, and she was happy to leave it in. She always reminds me that it’s my book and my decision, which is one of the reasons I love her so. A tremendous amount of teamwork went into the making of Auracle, from my agent, Andrea Somberg, to the entire team at Roaring Brook/Macmillan.

Auracle is a paranormal romance, but there were originally some strong urban fantasy elements woven through. My idea was that every living thing has a life force and its energy manifests in certain ways, so the energy from a flower would manifest as a fairy, while the energy from seaweed would manifest as a mermaid. Clever, huh. The life force of the willow tree in Auracle manifested as a talking tree spirit that Anna could communicate with, and he served as a mentor, answering the many questions about the spirit dimension that Anna had. After some discussion, I agreed with Kate that it was too convenient to have this tree explaining things to Anna that she should be discovering on her own, and that the urban fantasy element diluted the paranormal romance factor, so the talking tree was cut (of course a pun was intended there … I couldn’t resist!) Here’s why it hurt … I loved the idea of a talking willow tree so much that I had a cool Celtic tree tattooed to my wrist.


Taking the concept of author branding to a whole new level! 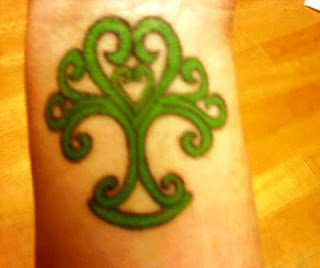 The good news is there is still a very significant willow tree in Auracle … it just doesn’t talk.

Thank you for having me on My Brain on Books!!

Thanks so much for visiting, today, Gina!  Readers, doesn't this sound like a fantastic book?