In honor of Richard Peck's visit to the bookstore tonight (!) to sign Secrets at Sea (see my review here), I'm presenting a brief retrospective of some of his middle grade books, with blurbs courtesy of Indiebound.  (And my apologies to anyone who saw an unfinished version of this on Friday -- for the first time in my blogging life, I hit "publish" when I meant to hit "preview.")

Richard Peck has written more than thirty novels and won every award you can think of. He's the first children’s author to have received a National Humanities Medal.  What follows is just a sampling of his middle grade books: 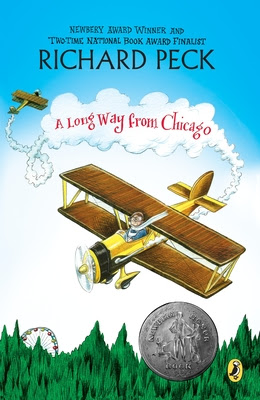 Each summer over the nine years of the Depression, Joey and his sister Mary Alice--two city slickers from Chicago--make their annual summer visit to Grandma Dowdel's seemingly sleepy Illinois town. Soon enough, they find it's far from sleepy and Grandma is far from your typical grandmother. 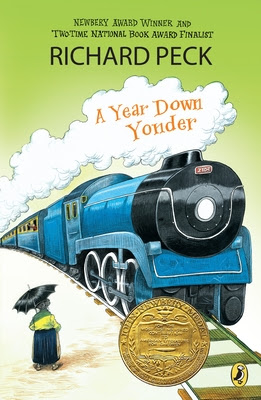 Mary Alice's childhood summers in Grandma Dowdel's sleepy Illinois town were packed with enough drama to fill the double bill of any picture show. But now she is fifteen, and faces a whole long year with Grandma, a woman well known for shaking up her neighbors-and everyone else! All Mary Alice can know for certain is this: when trying to predict how life with Grandma might turn out . . . better not. This wry, delightful sequel to the Newbery Honor Book A Long Way from Chicago has already taken its place among the classics of children's literature. 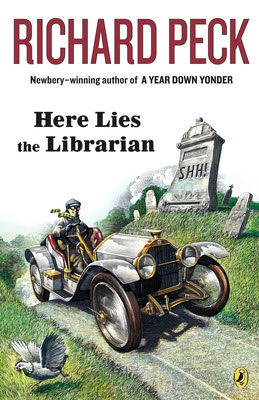 Peewee idolizes Jake, a big brother whose dreams of auto mechanic glory are fueled by the hard road coming to link their Indiana town and futures with the twentieth century. And motoring down the road comes Irene Ridpath, a young librarian with plans to astonish them all and turn Peewee's life upside down. Here Lies the Librarian, with its quirky characters, folksy setting, classic cars, and hilariously larger-than-life moments, is vintage Richard Peck--an offbeat, deliciously wicked comedy that is also unexpectedly moving. 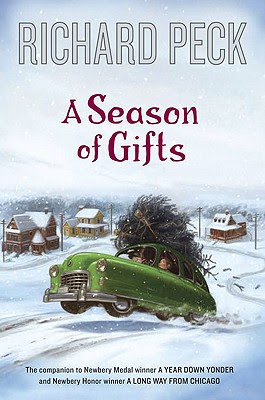 One of the most adored characters in children's literature is the eccentric, forceful, bighearted Grandma Dowdel, star of the Newbery Award-winning A Year Down Yonder and Newbery Honor-winning A Long Way from Chicago. And it turns out that her story isn't over. It's now 1958, and a new family has moved in next door to Mrs. Dowdel: a minister and his wife and kids. Soon Mrs. Dowdel will work her particular brand of charm on all of them, and they will quickly discover that the last house in town might also be the most vital.  (Here's my review from November 2009.) 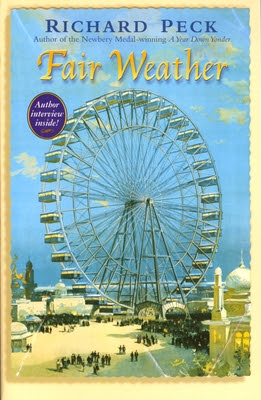 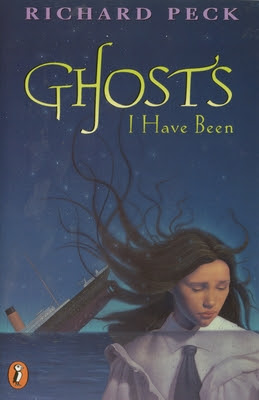 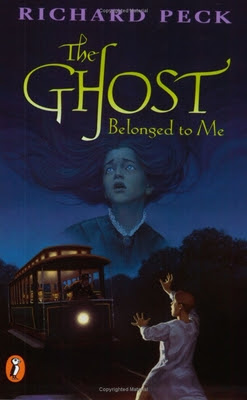 When Alexander notices an eerie light out in the barn, he thinks his friend Blossom Culp is trying to spook him. But one night, Alexander comes face to face with the ghost of a drowned girl who brings a cryptic message. Is there time for Alexander to act on her words?
_________________________________________
Do I have a favorite Richard Peck novel?  That's a tough call.  VOICES AFTER MIDNIGHT (sadly out of print) is my favorite time travel novel.  Ever.  Of the books still in print, I'd have to say A YEAR DOWN YONDER is right up there on my list, but I also adore the Blossom Culp novels.  And what I love about SECRETS AT SEA is the mouse characters, certainly a switch for Mr. Peck.

If you haven't read any books by Richard Peck, well, get busy!  And if you have, which book is your favorite?


Marvelous Middle Grade Monday is the brainchild of Shannon Whitney Messenger (and if you haven't congratulated her yet on her amazing book deal, hop on over there). Other regulars include (but are not limited to):
Shannon O'Donnell at Book Dreaming
Myrna Foster at The Night Writer
Sherrie Petersen at Write About Now
Natalie Aguirre at Literary Rambles
Brooke Favero at Somewhere in the Middle
Deb Marshall at Just Deb
Barbara Watson at Novel and Nouveau
Anita Laydon Miller at her middle grade blog
Michael G-G at Middle Grade Mafioso
Pam Torres at So I'm Fifty
Ms. Yingling at Ms. Yingling Reads
Danika Dinsmore at The Accidental Novelist
Jennifer Rumberger at her blog
Posted by Joanne R. Fritz at 12:30 AM