Okay, so I got up very early yesterday, Sunday, November 22nd, and came to work.

Not a morning person. Try to picture this: I was standing there in front of the microphone (public speaking = my number one fear), getting ready to introduce Laurie Halse Anderson (left) and Sarah Dessen (right). Was I still asleep and dreaming?

But it was a very successful event. Laurie and Sarah are two of the coolest and nicest authors I've met. They answered questions for about an hour. And they took their time and spoke with every customer who came up to the signing table. One lucky girl even got a signed dollar bill for being brave enough to ask the first question.

And since I never got around to posting a Gem of the Week last week (Oops. Did anyone notice?), I can now give you two. 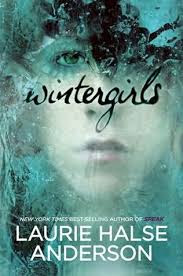 GIRLS (Viking, $17.99) by Laurie Halse Anderson is the powerful and chilling account of one girl's descent into anorexia and self-destruction. Lia's best friend Cassie is dead. And Lia is barely holding on. Matchstick thin, she still believes she's overweight. She counts every calorie. It's harrowing, poetic and hard to put down when you start reading it. Ultimately uplifting (spoiler alert?). Lia learns that food is life. Brilliant. For young adults, ages 12 and up. 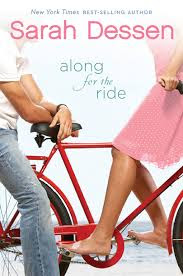 ALONG FOR THE RIDE (Viking, $19.99) is Sarah Dessen's newest novel. For the summer before college, Auden decides to go stay at the beach with her father and his new wife and their baby daughter. The baby's colicky screaming bouts drive Auden out of the house to the boardwalk and beach, where she meets an enigmatic loner named Eli. Also for young adults, ages 12 and up.
Posted by Joanne R. Fritz at 11:13 AM