Week of Sunday May 24 to Saturday May 30: It's been a week of protests and violence in the US, after the death of George Floyd, an unarmed black man, in Minneapolis, by a white police officer who kept his knee on Floyd's neck for more than eight minutes, even after it was apparent that he had died. It's just the latest in a long line of murders of black men and women at the hands of white officers. No, not every police officer is racist. But too many of them are. And too many white people have stayed silent about this kind of treatment for too long.

The protests in Minneapolis have gotten the most attention, but what started as peaceful protests over Floyd's death turned violent. Mostly from outside agitators, many of whom came from out of state and are apparently white supremacists, hoping to foment a new civil war. This is horrible and outrageous. And no, I don't have words enough to deal with this.

Instead of talking about my own white, admittedly privileged, existence this week, I'm turning this blog over to Black voices.  Let their words be heard!

You want to know why Black people are angry...
We can’t be handcuffed and put in the police car unless we are dead (#GeorgeFloyd)
We can’t go bird watching in Central Park (#ChristianCooper)
We can’t go jogging (#AmaudArbery).
We can’t relax in the comfort of our own homes (#BothemSean and #AtatianaJefferson).
We can't ask for help after being in a car crash (#JonathanFerrell and #RenishaMcBride).
We can't have a cellphone (#StephonClark).
We can't leave a party to get to safety (#JordanEdwards).
We can't play loud music (#JordanDavis).
We can’t sell CD's (#AltonSterling).
We can’t sleep (#AiyanaJones)
We can’t walk from the corner store (#MikeBrown).
We can’t play cops and robbers (#TamirRice).
We can’t go to church (#Charleston9).
We can’t walk home with Skittles (#TrayvonMartin).
We can’t hold a hair brush while leaving our own bachelor party (#SeanBell).
We can’t party on New Years (#OscarGrant).
We can’t get a normal traffic ticket (#SandraBland).
We can’t lawfully carry a weapon (#PhilandoCastile).
We can't break down on a public road with car problems (#CoreyJones).
We can’t shop at Walmart (#JohnCrawford) .
We can’t have a disabled vehicle (#TerrenceCrutcher).
We can’t read a book in our own car (#KeithScott).
We can’t be a 10yr old walking with our grandfather (#CliffordGlover).
We can’t decorate for a party (#ClaudeReese).
We can’t ask a cop a question (#RandyEvans).
We can’t cash our check in peace (#YvonneSmallwood).
We can’t take out our wallet (#AmadouDiallo).
We can’t run (#WalterScott).
We can’t breathe (#EricGarner).
We can’t live (#FreddieGray).
We’re tired.
Tired of making hashtags.
Tired of trying to convince you that our #BlackLivesMatter too.
Tired of dying.
Tired.
Tired.
Tired.
So very tired.

"If I take your race away, and there you are, all strung out. And all you got is your little self, and what is that? 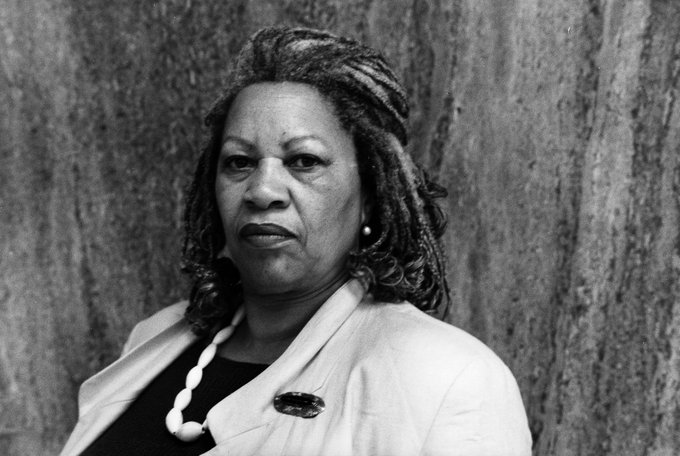 Here's a Democratic activist, Abdul El-Sayed, talking in the Guardian:


“Look, the police have been executing black men in this country for a long time. We’re just now understanding it in the last five to 10 years because everybody’s got a camera in their pocket,” El-Sayed said. “I think people are sick of it but then it’s not just that, it’s the fact that you look at Covid-19, which has been the story for the past four months, rightly so, 100,000 lives lost. Those lives are disproportionately black folks’ lives. As a function of the same exact structural forces that have allowed black people to be executed by law enforcement.”


(Edited May 31 to add:) Here are some powerful words from YA author Kekla Magoon on Facebook (thank you, Nicole Valentine):

"Living through an uprising is upsetting for white people because the tables have been turned. Seemingly random violence is occurring, and you don’t know when, where, or how it might affect you. There are people moving through the streets who you fear may not take your needs or your humanity into consideration before they act in their own interests.

Welcome to how it feels to be a Black American.


The difference is, what you’re getting is only a glimpse. It’s temporary. You can watch the horrific news and fret-tweet your attempts at allyship with the confidence that the system itself will find a way to protect you. Black Americans have no such confidence."


And here's Shola MRichards, talking on Facebook about what it's like to walk his dog around his neighborhood, and how if he takes his 8-year-old daughter with him, he feels safer. 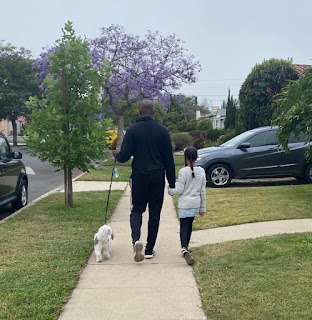 Next week, I'll go back to talking about staying home during the pandemic, which is still very much with us.