Appleblossom the Possum and Hamster Princess: A Double Book Review

Giveaway reminder: You still have almost a week to enter the giveaway of ADA BYRON LOVELACE AND THE THINKING MACHINE by Laurie Wallmark.


Now onto MMGM. And it's a two-fer this time! For other MMGM posts, visit Shannon Messenger.

I enjoyed each of these younger middle grade novels, for different reasons. So I'm featuring them both. The source for both: arcs from Penguin Random House. 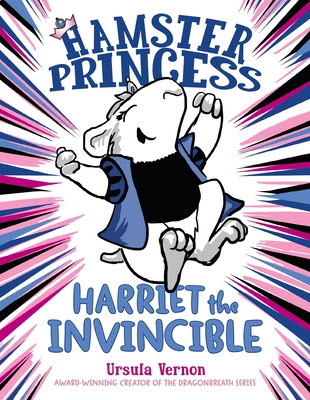 Synopsis (from Indiebound): Harriet Hamsterbone is not your typical princess. She may be quite stunning in the rodent realm (you'll have to trust her on this one), but she is not so great at trailing around the palace looking ethereal or sighing a lot. She finds the royal life rather . . . dull. One day, though, Harriet's parents tell her of the curse that a rat placed on her at birth, dooming her to prick her finger on a hamster wheel when she's twelve and fall into a deep sleep. For Harriet, this is most wonderful news: It means she's invincible until she's twelve! After all, no good curse goes to waste. And so begins a grand life of adventure with her trusty riding quail, Mumfrey...until her twelfth birthday arrives and the curse manifests in a most unexpected way.

Why I recommend it: Normally, I don't lean toward series books and never read Dragon Breath, Vernon's first series. But I found this hamster parody of Sleeping Beauty hilarious. Guaranteed to make you giggle. Harriet is a sassy and spunky main character, who personifies Girl Power. Give this to readers who like Babymouse.

Bonus: The large print and plenty of illustrations make this a breeze for younger readers. 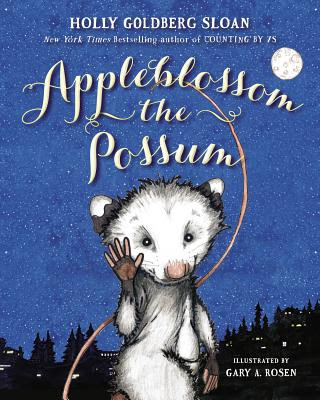 Appleblossom the Possum by Holly Goldberg Sloan, illustrated by Gary A. Rosen (August 2015, Dial, for ages 8 to 12)

Synopsis (from Indiebound): Mama has trained up her baby possums in the ways of their breed, and now it's time for all of them, even little Appleblossom, to make their way in the world. Appleblossom knows the rules: she must never be seen during the day, and she must avoid cars, humans, and the dreaded hairies (sometimes known as dogs). Even so, Appleblossom decides to spy on a human family and accidentally falls down their chimney. The curious Appleblossom, her faithful brothers who launch a hilarious rescue mission, and even the little girl in the house have no idea how fascinating the big world can be. But they're about to find out.

Why I recommend it: A sweet story about a family of actors--er, possums. Appleblossom is the curious one and her curiosity gets her into trouble. She's a lively and endearing new character. If you like animal stories (especially when the animals quote Shakespeare), this one's for you.

Bonus: This would be a terrific read-aloud.

(Be forewarned that Appleblossom isn't the least bit similar to Counting By 7's. If I didn't know they were both written by Holly Goldberg Sloan, I never would have guessed.)