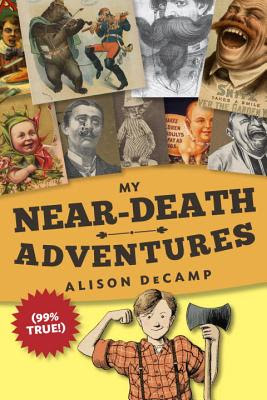 Synopsis (from Indiebound): There are many things that 11-year-old Stanley Slater would like to have in life, most of all, a father. But what if Stan's missing dad isn't dearly departed after all? Armed with his stupendous scrapbook, full of black-and-white 19th-century advertisements and photos, Stan's attempt to locate his long-lost hero/cowboy/outlaw dad is a near-death adventure fraught with pesky relatives, killer lumberjacks, and poisonous pies. His tale will leave readers in stitches, but not the kind that require medical attention.


Why I recommend it: This is 100% fun. A terrific voice and an unforgettable main character make My Near-Death Adventures a must-read. I first heard about Stan when the book had a different title and Dianne Salerni featured the first page on her blog in February 2013. At the time, I commented, "Great voice...I'm wondering why this isn't published yet." Well, soon after that, Alison landed a contract. And the rest is history.

And now, I'm honored to have Alison take over my blog for an exclusive guest post:

Back in September of 2012 I gave myself permission to write a book. Wasn’t that nice of me? The kids would be back in school, my husband’s business tended to slow down after Labor Day, I would put my bead-making “business” aside for a month, and I had an idea that kept nudging me. Also, one of my best friends had just landed an agent with her fantastic book Words and Their Meanings so I thought maybe I could do this thing.

I wrote 19,000 words on a manuscript I affectionately called The Somewhat Manly Scrapbook of LumberStan’s Big Woods Adventure (because I couldn’t think of a longer title?) and my pitch was something along the lines of “Imagine if Laura Ingalls Wilder and Greg Heffley had a love child. That would be Stan.” Which is equal parts Ew and Adorable, right? Based very loosely on my family history (most of the names are from my family as well as the fact that my grandmother worked at a lumber camp, had a baby at 16, and I had a great grandmother that scared the bejeebers out of me even though I had never met her), I wrote a book about a boy spending the winter of 1895 in a lumber camp in the Upper Peninsula of Michigan. While writing I started thinking about the ridiculous advertisements of that time period and incorporated them into Stan’s scrapbook. 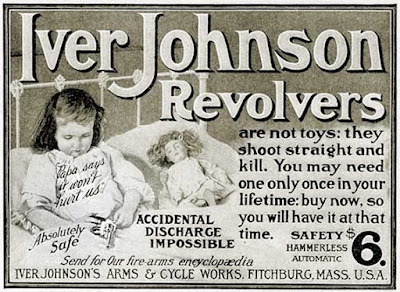 By December I was ready for someone other than my closest friends to read my manuscript. I sent it off to one of Brenda Drake’s contests, where people are remarkably nice, by the way.  Krista VanDolzer contacted me and I was over the moon. Ultimately, I wasn’t picked for the contest, but I appreciated Krista’s encouragement. I continued to tweak my manuscript (19,000 words, I learned, was pretty short for a middle-grade novel, even one with lots of pictures) and hone a query letter. I wrote and rewrote my query letter forty-five times, had my critique partner rewrite it for me, read every post on Janet Reid’s Query Shark blog, and submitted my manuscript to as many places as I could find, if only for feedback. One of them was Dianne Salerni and Marcy Hatch’s First Impressions critiques and another was Mindy McGinnis’s PAPFest, both in February 2013.

I had also been sending out these queries, getting a few positive responses, tweaking my query some more, sending out more letters, getting plenty of rejections, and finally, because of Mindy’s contest, I had a wonderfully smart agent (she’s not smart because she chose my manuscript, but because she’s, well, really smart) ask for the first fifty pages. I’m pretty sure she only did this because Mindy shares my sense-of-humor and told her to, because no other agent in that contest was remotely interested.

I had also been rejected in another contest in the meantime. And many agents either said, “No, thanks!” or would ask for pages and then not get back to me. I distinctly remember a rejection from an agent I really liked. I dramatically sat at my dining room table, threw my head into my hands and cried, “Why me?!” I’m not even exaggerating. I was like some actress in an old B movie.

The next day the agent from Mindy’s PAPFest contacted me. She loved the manuscript and wanted to arrange a call. She did indeed offer representation and I really liked her (she is a fantastic agent from all accounts) but I ended up contacting agents who had the manuscript, informing them of an offer of representation and eventually signed with Sarah Davies of The Greenhouse Literary Agency. I can’t say enough good things about her.

The same week I was deciding among four agents, I also received an email from a very successful agent that simply said, “The writing’s not strong enough.”

Just a reminder not to get too cocky? Not to let this publishing thing go to my head? I had been considering making my children call me The Author Formerly Known as Mom, but who was I kidding. This business is entirely subjective—what one person loves, someone else hates—and people have no qualms letting you know how they feel.

It’s also exciting. I love the direction I got from my editor, Phoebe Yeh at Crown Books for Young Readers, for both MY NEAR-DEATH ADVENTURES (99% True!) and the upcoming MY NEAR-DEATH ADVENTURES: I Almost Died. Again., and am truly excited to work with her on TINY SHRINES FOR DEAD FLIES, my third middle-grade novel due in 2017.

But I’m pretty sure there’s no chance, that I will ever think I’m All That.


The Author Formerly Known as Mom

Thanks so much, Alison. Readers, isn't that an amazing journey to publication? Persistence really does pay off.