I had the pleasure of meeting Erin Entrada Kelly at Children's Book World in Haverford, PA, during her book launch party on March 27. She read a passage from Blackbird Fly, and gave a moving and heartwarming speech about growing up as the only Filipino American in her class in a small town in Louisiana. So she always felt different. 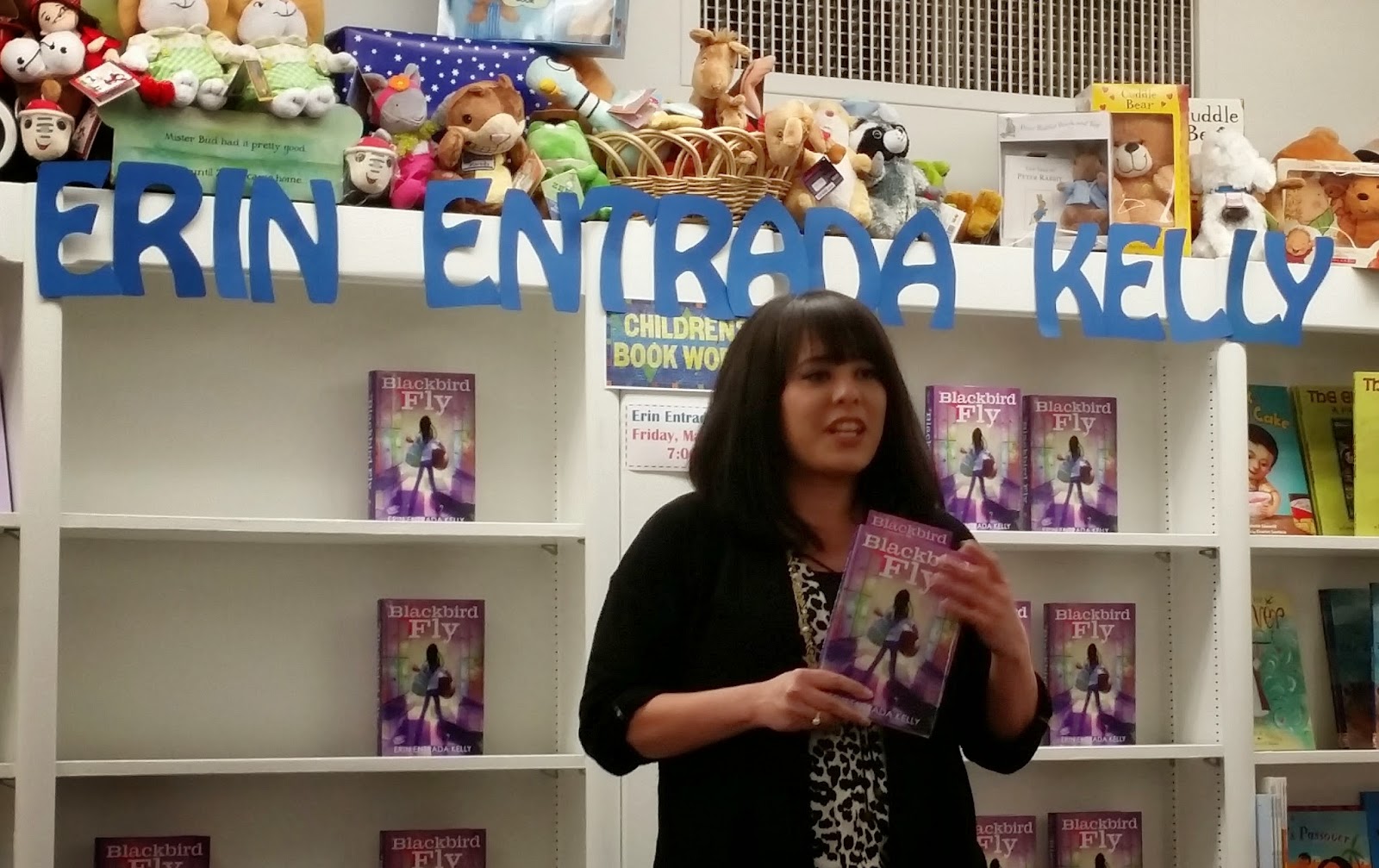 Synopsis (from the publisher): Future rock star, or friendless misfit? That's no choice at all. Apple Yengko moved from the Philippines to Louisiana when she was little, and now that she is in middle school, she grapples with being different, with friends and backstabbers, and with following her dreams.
Apple has always felt a little different from her classmates. Her mother still cooks Filipino foods, speaks a mix of English and Cebuano, and chastises Apple for becoming "too American." It becomes unbearable in middle school, when the boys—the stupid, stupid boys—in Apple's class put her name on the Dog Log, the list of the most unpopular girls in school. When Apple's friends turn on her and everything about her life starts to seem weird and embarrassing, Apple turns to music. If she can just save enough to buy a guitar and learn to play, maybe she can change herself. It might be the music that saves her . . . or it might be her two new friends, who show how special she really is. 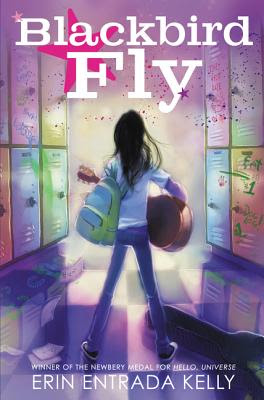 Why I recommend it: The voice is spot-on. Apple Yengko will strum her way into your heart and into your soul and you won't be able to forget her. Erin Entrada Kelly has perfectly captured the essence of middle school: both the pain and the hope, the cruelty of certain kids, and the solid lasting friendships that can develop with other kids. Reading this is like eavesdropping on real middle-schoolers. I especially loved how Beatles' music helped Apple follow her dream and find her place in the world. Ten-year-old me would have hugged this book and read it all over again.
Bonus: This book will appeal strongly to anyone who ever felt like an outsider. Perfect for starting discussions in the classroom, or with your kids at home, about bullying, about tolerance, and about diversity.
My favorite line:  "I imagined a hole cracking open and transporting me into another dimension so I wouldn't have to listen to my mother."  (p. 88)


Apple's favorite Beatles song is "Blackbird Fly" and mine is "Here Comes the Sun."  What's your favorite?