Not that many books in the world 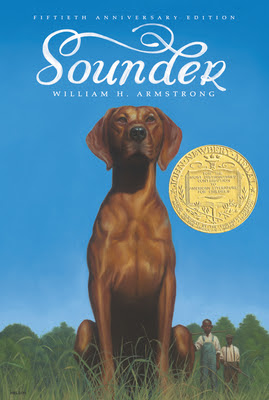 The boy had heard once that some people had so many books they only read each book once. But the boy was sure there were not that many books in the world.

---from Sounder by William H. Armstrong

(Sounder was published in 1969 and won the 1970 Newbery medal, but the story takes place decades earlier. There still aren't enough books in the world today, especially for underprivileged children. That's where organizations like First Book come in.  In two weeks, I'll be discussing several Newbery medal-winning books I've read recently. But next week, I'm participating in something extra-special, so be sure to stop by then.)