Catching up on middle grade books for MMGM

There are so many cool middle grade novels pubbing in 2014, that I'm tempted to read only what's new. After all, I have to keep up, right?

But then there's my TBR list... So this last month, I've been playing catch-up at my local library. I thoroughly enjoyed these gems from 2012 and 2013, some of which I first heard about on other MMGM posts. Added bonus: they're all multicultural!

Flying the Dragon by Natalie Dias Lorenzi (Charlesbridge, 2012, for ages 9 to 12)

Synopsis (from the publisher): American-born Skye and her Japanese cousin, Hiroshi, are thrown together when Hiroshi's family, with his grandfather (who is also his best friend), suddenly moves to the U.S. Now Skye doesn't know who she is anymore: at school she's suddenly too Japanese, but at home she's not Japanese enough. Hiroshi has a hard time adjusting to life in a new culture, and resents Skye's intrusions on his time with Grandfather. Through all of this is woven Hiroshi's expertise, and Skye's growing interest in, kite making and competitive rokkaku kite flying.

Why I recommend it: This is one of those quiet books I adore so much (and I don't think there are enough of them). Skye and Hiroshi seemed like real kids to me, with real concerns. Loved the kite flying, the alternating points of view, and the little bit of Japanese I picked up from reading this. 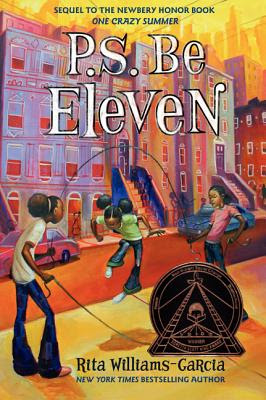 Synopsis (from the publisher): Eleven-year-old Brooklyn girl Delphine feels overwhelmed with worries and responsibilities. She's just started sixth grade and is self-conscious about being the tallest girl in the class, and nervous about her first school dance. She's supposed to be watching her sisters, but Fern and Vonetta are hard to control. Her uncle Darnell is home from Vietnam and seems different. And her pa has a girlfriend. At least Delphine can write to her mother in Oakland, California, for advice. But why does her mother tell her to "be eleven"?

Why I recommend it: A glorious sequel to the award-winning One Crazy Summer, this made me feel I was right there in 1960s Brooklyn. What I love most, though, are the relationships: especially among the three sisters, plus the sometimes-prickly relationship between Delphine and her distant mother. (Have to admit, I have a soft spot for the name Delphine, because I had a great-grandmother with that name.) Synopsis (from the publisher): Pearl has always dreamed of hunting whales, just like her father. Of taking to the sea in their eight-man canoe, standing at the prow with a harpoon, and waiting for a whale to lift its barnacle-speckled head as it offers its life to the tribe. But now that can never be. Pearl's father was lost on the last hunt, and now the whales hide from the great steam-powered ships, which harvest not one but dozens of whales from the ocean. With the whales gone, Pearl's people, the Makah, struggle to survive as Pearl searches for ways to preserve their stories and skills.


Why I recommend it: In a word: Pearl. The thirteen-year-old is headstrong, loving, and realistic. But the setting also deserves special mention. I could feel myself transported to the Pacific Northwest in the 1920s, with the ocean, beaches, rocks, and mist. Parry includes a glossary, historical notes, cultural notes, and other back matter, so this is perfect for schools.

What books are you catching up on?