First, a reminder that you still have UNTIL TUESDAY NIGHT to enter my Sharks & Boys arc giveaway.  Be a follower and leave a comment on this post to enter.

Elsewhere on the blogosphere...

Angela at The Bookshelf Muse is having a HUGE contest to celebrate 2000 followers!  Go see what it's all about!

... and you can enter to win an AUTOGRAPHED copy of Grace Lin's Where The Mountain Meets the Moon over at Katia Raina's blog, Magic Mirror.

I met Katia near the end of the NJ SCBWI conference a week ago.  She was fascinating to talk to.  She told me the story of her full name, and I told her the middle-grade novel I've recently finished writing is about a Russian girl named Katerina!  Life is full of coincidences.  And Katia did a great job of recapping the conference here, for anyone interested.  The conference was exhilarating, packed with helpful workshops.  I crammed as much info as I could into this old brain.  Met a lot of wonderful writers and illustrators.  Ate too many bad carbs.  Came up with some new story ideas and ways to fix the old stories.

For me, the best part of attending writing conferences like this one is the inspiration.  I came home and did nothing but write (well, besides working at the bookstore, eating, sleeping, and spending time with my family!  And not necessarily in that order!).  So now I'm fired up to start submitting again.   That's why I go to these things when I can. 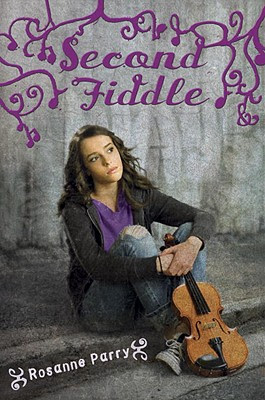 Source:  I won the hardcover from Natalie Aguirre over at Literary Rambles!

Synopsis (from the publisher): The author of Heart of a Shepherd offers another sensitive portrayal of military families, this time stationed abroad, in the city of Berlin at that historic time just after the Wall came down.

When 13-year-old Jody and her friends save a badly beaten Russian soldier from drowning, they put into motion a chain of events that will take them from Berlin to Paris and straight into danger. Jody must quickly learn to trust herself, because in the time directly after the fall of the Berlin Wall, the border between friend and enemy is not as clear as it once was.

Why I liked it: I wanted to read this very badly after seeing it on Natalie's blog (you can read Natalie's interview with Rosanne Parry here), because I have family in the military and I actually spent some time in Berlin, although it was before the Wall came down.  I've also been lucky enough to visit Paris.  And I love classical music (although I played the oboe in school, not the violin).

After reading Second Fiddle, though, I quickly realized it's the story and the likeable main character that linger with me, not just the incredibly accurate details about Berlin.  So it has broad appeal to anyone, even if you've never been to Berlin or Paris (and most 10- or 11-year-olds haven't!). It's about friendship and music, and it will also appeal to mystery/thriller fans, as the excitement ratchets up when the girls try to smuggle their new friend to Paris to save his life.

This is a true middle-grade novel.  Jody is on the cusp of adolescence (she often mentions being jealous of her more sophisticated friends, Vivien and Giselle, who seem to know so much more about fashion and make-up and boys).  Music is her life.  But she's worried about moving to the States (her dad is retiring from the army) and losing her best friends.

Finally, it's refreshing to read a book in which both parents are still alive. Seems like a rarity in MG lit these days.

What middle grade marvel have you read this week?

MMGM is the brainchild of Shannon Whitney Messenger.

(If I've missed anyone, Shannon Messenger has all the links!)
Posted by Joanne R. Fritz at 4:29 AM