I haven't been blogging much, because I've been hard at work on a middle grade novel. It takes place in an alternate universe, but with a rural setting. I've had to draw a map for myself so I can figure out where everything is. But what I keep picturing in my mind is my grandparents' house, which was built in 1926. More on this later.

Picturing a familiar place while trying to describe a made-up one made me think about what I picture when I read novels.

When you're reading a book for the first time -- let's use 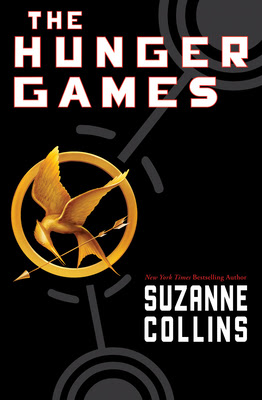 The Hunger Games by Suzanne Collins as an example --


do you picture certain scenes taking place in locales that are familiar to you? Say, your childhood home? Your backyard?

Okay. Promise not to laugh.

When I first read The Hunger Games, I couldn't help picturing the fence around Katniss's district (the one she illegally crosses to go hunting) as the fence around my elementary school playground. And yes, there was a woods (albeit a tiny one) beyond that fence. So now when I re-read the book, I automatically picture Katniss hunting in that little woods beyond that same playground. I can't help it. And that sense of place carries over to the Arena -- which, you guessed it -- looks like the larger section of the playground in my mind. Hey, it was a big playground, and not just because I was small.

With other scenes or while reading other books, I'm usually able to conjure up a setting from my imagination. But occasionally, I find myself falling back on familiarity and picturing places I've actually known. I have no clue why I do this, but I do. Perhaps a psychologist could answer that. The comfort of familiar turf? A place where I felt safe?

Does it mean my imagination isn't strong enough to create every scene from scratch? Or does it simply mean that I had a nurturing childhood? When I read Charlotte's Web, I picture my grandparents' house -- even though it wasn't a farm. (*Also note that I didn't read Charlotte's Web until I was in my 20s, which was when I lost my grandparents -- ooh, deep psychological stuff here*). They had three acres so since I grew up in the suburbs on a third of an acre, maybe to my mind their property was as big as a farm. And that's probably why I keep picturing it while writing a novel that takes place on a farm.

Tell me about your favorite children's books. What scenes have you pictured taking place in familiar settings?
Posted by Joanne R. Fritz at 11:35 AM