It's Poetry Month! Take a closer look at four MG Novels in Verse from #the21ders! #IMWAYR

I'd like to do something a little different for National Poetry Month. I'm taking a closer look at the four MG debut authors in #the21ders who have written novels in verse (and yes, I'm one of them!). See if you can guess what the four of us have in common besides being debut authors and writing MG novels in verse. If you can't figure it out, I'll let you know at the end!*

And because it's Poetry Month, I'm taking a closer look at the poetry itself. Yes, these are novels, but they're also written in free verse (although mine also has a villanelle and a few rhyming couplets and tercets, plus two haiku).

How do you tell a story in verse?

Each poem should stand alone and at the same time move the story forward. It's a challenge, yes, but one that verse novelists love. In a verse novel, every word counts. What's left out is just as important as what is included. White space plays a huge role in a verse novel. 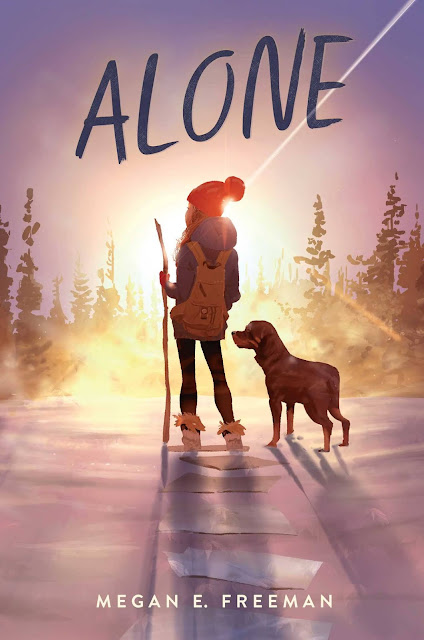 I wrote briefly about this book back in November, in a post about the first 2021 debut novels I'd read. But that short paragraph didn't do it justice! This is a compelling read, and free verse is perfect for conveying the protagonist's desperate situation and emotions.

Maddie wakes up alone, after her region has been mysteriously evacuated overnight. Something terrible has happened, with transports carrying everyone to some undisclosed location. Maddie's parents are divorced and each remarried.  So Maddie's mother thinks she's with her father. Maddie's father thinks she's with her mother. There are hints of a possible coup, an event so unprecedented that cell phones are left behind. The internet disappears. Television goes silent.

Alarmed, Maddie tries everything she can think of to contact her family, and finally begins to accept that she is truly alone, and must learn to survive until her family returns. Luckily, she has the company of a neighbor's dog, also left behind, and she manages to find food and water and books to read. Years go by. The author was inspired to write this after reading ISLAND OF THE BLUE DOLPHINS with her daughter.

Not only is the story compelling, but the verse is too. It's efficient and intense and emotional. Perfect for conveying Maddie's state of mind in her unusual situation.

Some of my favorite lines:

to have a real, live grown-up

take over all the worry and fear and work

that I've been doing for the past year

and just let me fall apart."

I am the only movement

on the entire landscape." 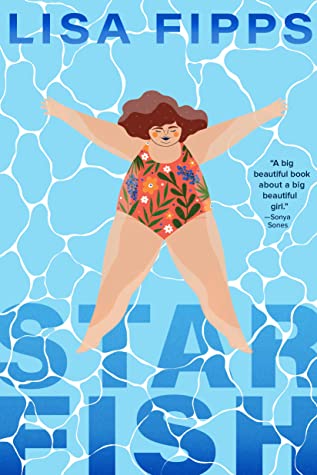 This book deserves all the starred reviews it has received. A gorgeous and important novel in verse that tackles a subject we all need to think about: fat-shaming. Ellie is teased and bullied because of her size, and even her mother never stops badgering her to lose weight. Fortunately, Ellie has allies: her new neighbor Catalina (whose entire Latinx family welcomes Ellie without judgment), Ellie's father, who only wants his daughter to be happy, and a wise therapist.

I love that this book shows the positive side of therapy. So important for kids to know this!

How Ellie learns to believe in herself and her right to take up space makes for an inspiring and poignant read.
The free verse gets right to the core of Ellie. It's raw and heartbreaking, but it also sparkles with humor and lots and lots of heart.
Some of my favorite lines:


From p. 31, opening lines of the poem, Lifesaving Librarians:

"The library is my safe harbor since

I dare not go into the cafeteria alone,

a whale surrounded by starving sharks."

And the closing lines of that same poem:

"It's unknown how many students' lives

by welcoming loners at lunch." 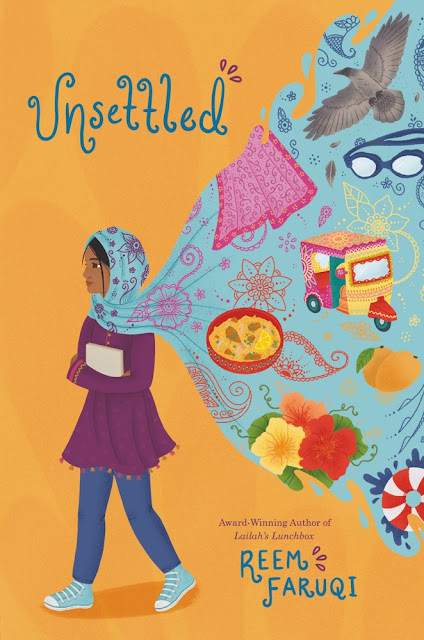 Nurah and her family move from Karachi, Pakistan to Peachtree City, Georgia, for her father's new job. Nurah wants desperately to blend in, but her accent, and her way of dressing, make her stand out. She has no friends, and eats lunch alone under the stairwell, until she meets Stahr at swimming tryouts. Stahr also covers up her arms and legs, but for a different reason. Stahr has a tragic secret of her own.

Nurah and her older brother Owais both join the swim team. In the water, Nurah feels like she belongs, even if she's not as good at swimming as Owais is. He's the star athlete in the family. But after a terrorist attack, bullies go after Owais. Can this gentle, peace-loving family survive in America?

Verse is the perfect way to tell this heartwrenching and heartwarming story. Faruqi's verse is spare and luminous. I would love more than anything to quote from this beautiful novel, but I read an ARC, so I'm not supposed to quote from it.

Take my word for it.

Exquisite metaphors fill these pages. And the way the book is divided into parts, from Part One, Uprooting, to Part Two, Replanting, and on through to Budding, Sprouting, etc. gives you a hint of the beauty that blooms within these pages! 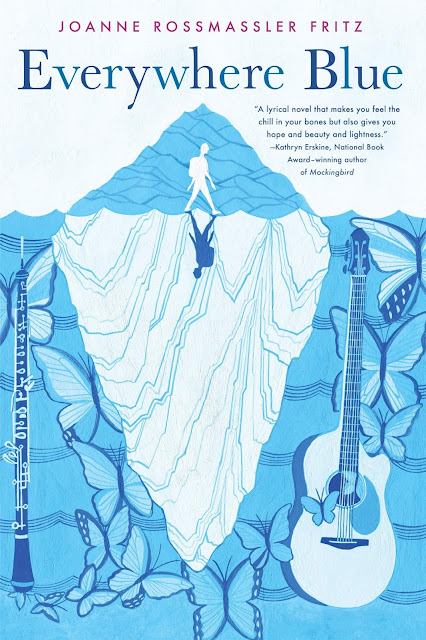 When twelve-year-old Maddie's older brother vanishes from his college campus, her carefully ordered world falls apart. Nothing will fill the void of her beloved oldest sibling. Meanwhile Maddie's older sister reacts by staying out late, and her parents are always distracted by the search for Strum. Drowning in grief and confusion, the family's musical household falls silent.

Scared and on her own, Maddie picks up the pieces of her family's fractured lives. Maybe her parents aren't who she thought they were. Maybe her nervous thoughts and compulsive counting mean she needs help. And maybe finding Strum won't solve everything—but she knows he's out there, and she has to try.
Since this is my own book, and also because it won't be out until June, I won't quote from it, but I will give you a few teasers.
All of  my verses have titles and some of my favorites are:
I Am a Walking Fraction
Butterfly Dreams
The Trouble with Onions
Inside the Stomach of the Wolf.
Hope that intrigues you enough to want to read my book!
Here's my website. Sign up for my occasional newsletter (in fact, it's so occasional, it hasn't even started yet!).
*   *   *   *   *   *   *   *

*Have you figured it out yet? What else we all have in common?

I find it fascinating that the four of us, who have each written a debut novel in verse that releases in 2021, and who never heard of each other before 2020, just happen to all have last names that begin with the letter F.

Is this the Twilight Zone?

What do YOU think?