Giveaway winner... and some Newbery love

First, I have a winner to announce...

According to randomizer, the winner of the signed hardcover of The Inquisitor's Mark (The Eighth Day Book 2) by Dianne K. Salerni is...

Congratulations, Jess! Expect an email from me asking for your mailing address. I'll be attending Dianne's book launch this Saturday, January 31st and will buy your copy then.

Now for some Newbery talk in honor of the 2015 ALA Youth Media Awards, which will be announced one week from today, at 8 am Central Time on Monday February 2nd.

Back in October, I mentioned in this post that I had read 60 Newbery medal winners. (Here's a link to the Buzzfeed Newbery test if you haven't taken it).

Well, I'm happy to report that I can update that total once again. Thanks to my local library, I've now read 67. I believe Ms. Yingling has read all 93 of them (Congrats, Karen!), though I don't know how she did it, because some of those older books are, um, a bit slow (I tried to read Hitty, The First 100 Years. I really did. I think the cramped font put me off too).

Here's a brief look at some favorites from the seven Newbery medal winners I read in the last few months, all highly recommended: 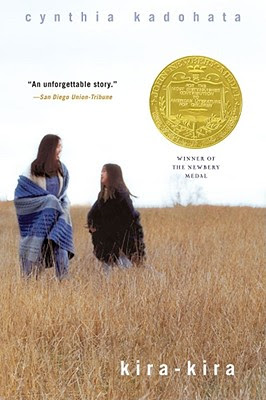 Katie Takeshima's big sister, Lynn, makes everything seem kira-kira, or glittering, shining. It's the 1950s and the family moves from Iowa to rural Georgia, where Katie's parents work long hours in a poultry plant and hatchery. This isn't so much a book about prejudice (although that's a big part of it) as it is a haunting and achingly beautiful look at how the death of a loved one tears apart an entire family. It's up to Katie to remind her family there is still kira-kira in the future. 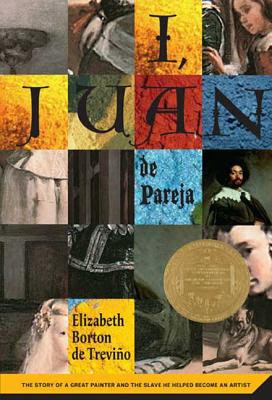 I'd always put off reading this because I was afraid it would be dry and boring. I was wrong. Told in first person, this novel is based on the life of the painter Velasquez and his slave, Juan de Pareja, who became a respected artist in his own right. In seventeenth-century Spain it was forbidden for slaves to practice the arts, so Juan resorts to stealing colors and painting in secret, despite knowing he could be killed for it. A great novel about the injustice of slavery. I also loved the richness of the writing, with a tapestry of colorful details that brought Juan's world vividly to life. 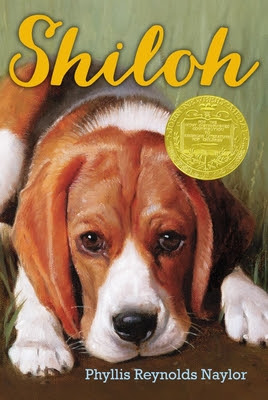 According to Wikipedia, Phyllis Reynolds Naylor completed the first draft of this novel in a mere eight weeks! Yet it's become a modern classic. Published in 1991 and set in West Virginia, this touching story of Marty and the dog he rescues must be one of the first MG books to talk about animal abuse (unless you can think of another?). And don't worry, it has a happy ending.

What book do you hope will win this year's Newbery medal?

Brown Girl Dreaming by Jacqueline Woodson is getting a lot of Newbery buzz, so I won't be at all surprised if it wins. I've only predicted the gold correctly one time (the year When You Reach Me won). Maybe I'd have better luck trying to predict honor books. This year, I'm hoping the Newbery committee gives some love to Hope is a Ferris Wheel by Robin Herrera, The Secret Hum of a Daisy by Tracy Holczer, and El Deafo by Cece Bell.