In which I am seduced by a cover -- or two

Okay, I admit it.  I bought a copy of Nightshade by Andrea Cremer (Philomel, Oct 2010, for ages 12 and up) because the cover was just so luscious.  (Well, and also because one of my teen friends reviewed it for me and said she stayed up until one in the morning to finish it.) 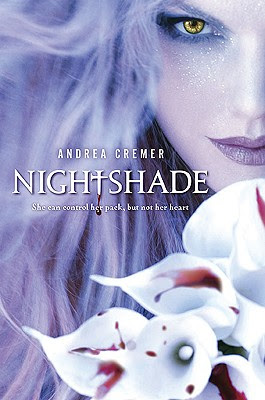 Then I read it and was drawn in by the writing. Calla's world is fully-realized. Andrea Cremer has a PhD in early modern history and the book is sprinkled with sophisticated references to Locke, Hobbes, and other philosophers. You might even learn a little Latin!  But this isn't some dry, dusty treatise -- it's a paranormal romance, so witchcraft and shapeshifting abound, along with plenty of action, suspense and longing (lots of kissing, and it's fine for 12 year olds).


What struck me, though, were the similarities between Nightshade and another book I'd just read: the ARC of Unearthly by Cynthia Hand (coming in January 2011 from Harper, for ages 12 and up). 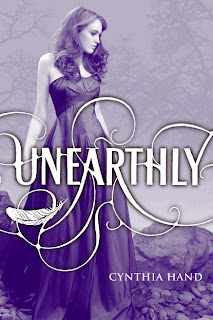 1) They're both paranormal romances.

2) They both have pretty purple covers.

3) Both girls, Calla in Nightshade, and Clara in Unearthly, fall in love with human boys.  Even these girls' names are similar.

4) Both books have a strong sense of place.  I've never been to either Vail, Colorado or Jackson Hole, Wyoming, but after reading these books, I feel I could recognize these towns.  And now I want to go there. The writing is so good that the setting becomes a character in each of these books.

5) Although one book is about shapeshifting werewolves and one is about angels, both are about girls fulfilling their destinies as special beings with powers.

Differences?  Calla has always known her destiny as a Guardian who serves the Keepers, but Clara didn't find out until recently that she's part angel and has a "purpose" to fulfill.

By chance, Calla saves a human boy from a bear in the first chapter of Nightshade (ah, the first chapter is all action and no telling, just the way I like it). The human happened to be hiking on the mountain where Calla (in wolf form) was patrolling.  She thinks her destiny in life has nothing to do with this human boy, but rather with another shapeshifter, an alpha male named Ren.

In Unearthly, Clara has just learned that her entire purpose in life has something to do with a boy and a forest fire.  The vision is vague at first but it's important enough that Clara, her younger brother and their mother (all angels, of course) uproot themselves and move from California to Jackson Hole, Wyoming, based on the license plate in Clara's vision.

I won't spoil the plot of either by going any further.  Just pick them up and read them.  You may not stay up until one in the morning, but you might be tempted.
Posted by Joanne R. Fritz at 10:20 PM