A Mind is a Terrible Thing to Close 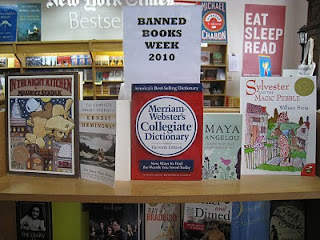 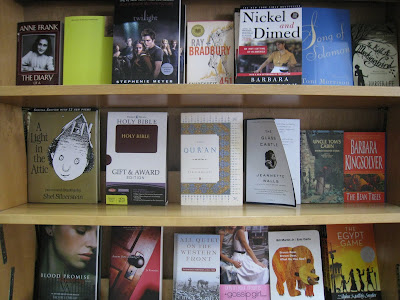 Can you believe some of the books that have been banned by various groups around the USA? I mean, hello?

Nope. Apparently the State Board of Education in Texas got Bill Martin mixed up with another Bill Martin, who wrote a book called Ethical Marxism. They wanted to ban all books written by Bill Martin. And heaven forbid that we read a book to our two-year-olds which might possibly be written by a communist. Just how closed-minded are people?

On second thought, don't answer that.

There's some great stuff all over the internet right now about the evils of book banning. Read Laurie Halse Anderson's moving post about Speak. And this is the ALA's official site. I defy you not to cry when you read C.J. Redwine's post about Speak. And finally, for something lighter, here's a wonderfully sarcastic post by Liz B over at A Chair, A Fireplace & a Tea Cozy.

They've all said it much better than I can.

And now, I'm going to pick up one of these banned books and start reading. Celebrate the freedom to read! Tell me -- what's YOUR favorite banned book?

Update 9/29 : I actually didn't know when I posted this yesterday that Jo Knowles has a fun meme over on her blog. Here's what you do:

1. Go find your favorite banned book.
2. Take a picture of yourself with said book.
3. Give that book some love by explaining why you think it is an important book.
4. Post it to your blog.
5. Spread the word!

So here I am reading my old yellowed copy of The Egypt Game by Zilpha Keatley Snyder. 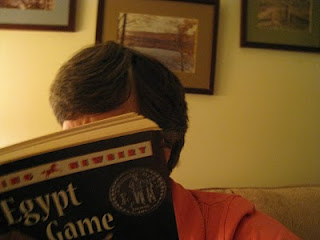 This book, more than anything else on the list, made me want to write for children. Well, that and The Secret Garden -- but that hasn't been banned as far as I know. The Professor, the silent boy, Marshall, and the mystery of who is killing neighborhood children all drew me in, of course. But April and Melanie's game itself fascinated me. I'm sure this was because when I was little my parents had a small wax bust of Nefertiti on their bookshelf.

I loved to look at it, even though I had no clue who she was -- but she was exotic and mysterious.

And besides that, Zilpha Keatley Snyder can write up a storm.

Spread the word! Post a pic of yourself reading YOUR favorite banned book.